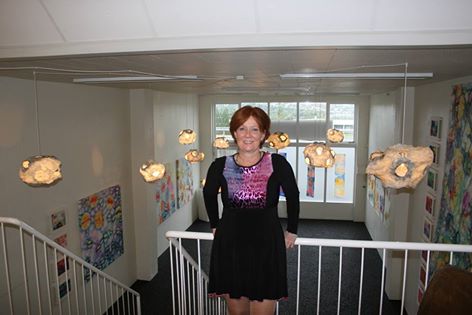 In September 2014 in Anarkia in Kopavogur I held my first Exhibition with Light Sculptures: On Bees and Flowers. The Light Sculptures looked like hives of the Bees and reminded us of fertilation and how fragile life is here on earth